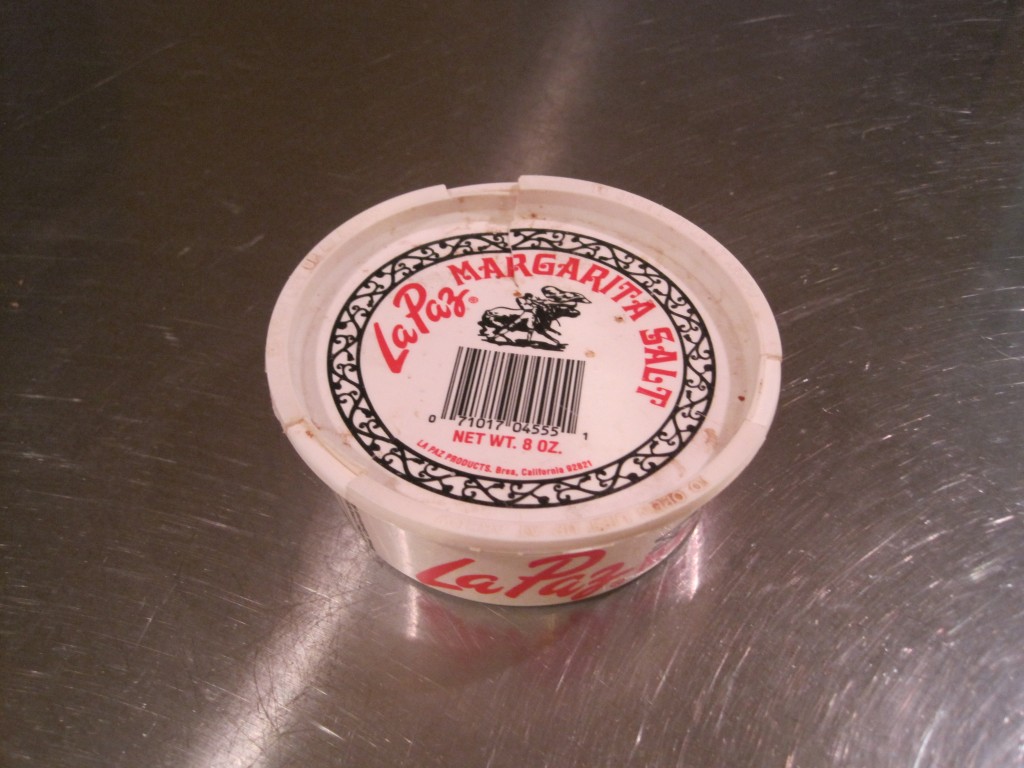 You may not be able to tell from this photograph, but this tub of margarita salt was 18 years old when my husband and I finally agreed that it needed to be replaced this past summer. Neither of us had had the heart to toss it, even though it was split and cracked, and the salt inside was partly brown and clumpy. Yuck.

Aside from the fact that I thought we had consumed a lot more margaritas than we apparently actually did over the years, what this showed was that both of us are susceptible to sentimental hoarding. This simple object was a reminder of the entirety of our relationship, since it was purchased soon after we moved in together, and represented love and good times to us.

But objects are NOT memories, especially not old and grody objects. I took this photo to use it for a blog post and then tossed the clumps of salt in the trash and the container in the recycling bin, and bought a fresh container on my next visit to the grocery store. I guess that one will last us into retirement.

This isn’t the only thing I’m guilty of holding onto for sentimental reasons. I have a ridiculous amount of clothing from my childhood, teen years, and early adulthood, which aside from inspiring a terrific Halloween costume now and then (The Captain and Tennille using a high school dance dress was an award winner), mostly just adds up to a lot of clutter. I also have my grandmother’s favorite dress suit which is too small, and a skirt of my other grandmother’s which is too large. What am I going to do with them?

I’ve been slowly going through belongings with an eye toward saving just enough. I really don’t have it in me to toss my entire history, but I do want to live simply and be able to find things when I need them. I really liked this post from Naomi at Simpler Living, where she thoughtfully figures out ways to actually use some of those sentimental items we hold onto, and ditch the rest. Naomi has inspired me to get out some of the clothes I’d been saving and actually wear them and various kitchen items and actually use them.

Are you a sentimental hoarder? What items are you keeping that you don’t know what to do with? Maybe you’ve discovered creative ways to use some of the things you’ve been holding on to. Please share in the Comments section.